ERNIE HUDSON My Hudson is one of Hollywoods most prolific actors, staring in leading television programming and feature films since 1976.

He is best known for his character in GHOST BUSTERS, but is also easily recognized for his staring roles in the 1995 films Congo, the 2000 Miss Congeniality, and also HBO's TV blockbuster "OZ." He has appeared in the popular television programming of "Fantasy Island," Dukes of Hazzard," and "the A-Team." Many appreciate his major supporting role in the 1992 film, "the Hand That Rocked the Cradle."

Premier Access Network was fortunate enough to garner several interviews with Mr. Hudson - the one above about his career achievements, and then a Special where we discussed his belief system and views that made him a star.

Interviews are at the heart of most celebrity inquiries. Having an intricate knowledge of these stars' careers are what the hosts at Premier Access Network excel at.

Celebrity Interviews are the hallmark of what Premier Access Network stands for. We h ave a philosophy that the celebrity is the star and we strive to present them in the greatest light; highlighting their achievements, revealing the secrets of their success, and demonstrating thier performance abilities before the cameras. 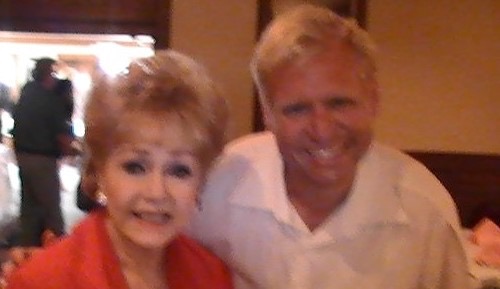 The Tammy movies are a series of four light-hearted American films about a naive 17-year-old girl from Mississippi produced by Universal between 1957 and 1967. The main character of the movies is Tambrey "Tammy" Tyree, portrayed as a kind, sweet and polite country girl looking for romantic love.

Premier Access Network was delighted to talk with Ms. Reynolds, and learn some of her personal views on life, and the industry.

This is our tribute to them. All of our appearances and coverage is complimentary. No profit or revenue t is ever derived. Let us know if you would like us to cover your event - simply grant us access and license to film, interview and capture scenes and photographic elements of your venue.